Yesterday DS revealed the first pictures of the Divine DS.

Yves Bonnefont, the DS CEO, has also admitted that North America (USA + Canada) was part of the plan to be in the "200 richest cities in the world".

Basically, when PSA Peugeot Citroën will come back, it will only be through the DS brand. Yves Bonnefont also said DS would be the "natural candidate", by the fact that the "global branding is following the upscale positioning".

Last year, when DS was part of the Citroën range, we called the DS X Wild Rubis : The American Citroën... We were right ! As we already wrote, Citroën officially sold its last car in the USA / Canada in 1974. The carmaker withdrew from North America due to design regulations that outlawed core features of Citroën cars 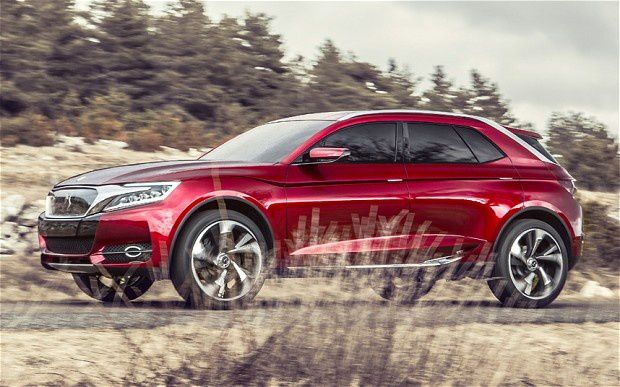 The French automakers were the first to come into the USA and Canada at the end of the 19th century. At the beginning the French car industry was the most advanced and the French market was by far ...

PSA PEUGEOT CITROËN BACK IN THE USA AND CANADA ? - FCIA - French Cars In America

Carlos Tavares, Chairman of the PSA Peugeot Citroën Managing Board, presented last week the 2014-2018 "Back in the Race" roadmap designed to accelerate the Group's recovery. Responding to a question DS is the new Citroën premium brand launched in 2009 with the DS3. Last April Citroën introduced the Wild Rubis Concept at the Shanghai Auto Show 2013. For the launch, the Citroën SUV will be named