Status: full restoration in progress, it will be completed by summer 2015.

The Panhard was bought in Detroit, Michigan in 2010.

About Panhard:
Panhard et Levassor is one of the largest and most profitable manufacturer of automobiles before World War I and sold their first automobile in 1890 (based on a Daimler engine license. After World War II the company was renamed Panhard (without "Levassor"), and produced light cars such as the Dyna X, Dyna Z, PL 17, 24 CT and 24 BT.
In 1955 Citroën had acquired a minority 25% interest in Panhard, and ten years later, in 1965, Panhard's automobile division was finally absorbed by Citroën: the company ceased production of the PL 17 in the same year. The last Panhard passenger car was built in 1967. Since 1968 Panhard has only made armored vehicles. 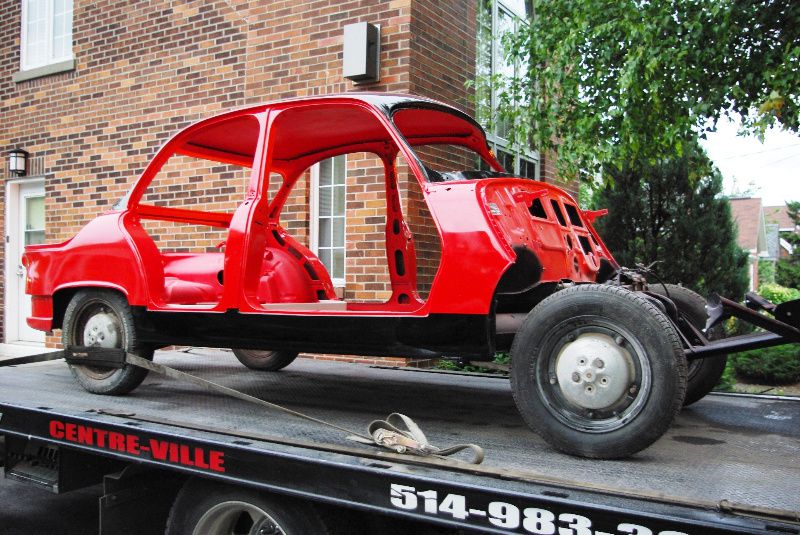